Unlike the use of a simplified cooling system compared to the GeForce RTX 3090, using the same PCB as the RTX 3080 should not be a potential problem for the Ti. After all, the significant differences between the PCBs underlying the RTX 3080 and RTX 3090 come down to the number of active phases of the voltage regulators, not counting, of course, additional landing pads for RAM chips on the back of the flagship model. 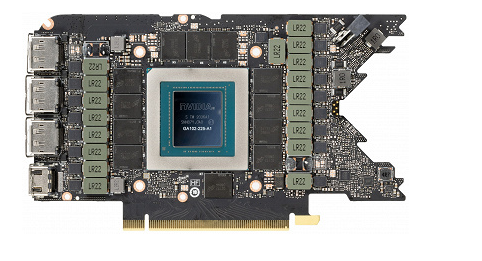 The power supply scheme of the GA102 GPU implies the presence of separate VRMs for the main and peripheral logic of the GPU. The first VRM in Founders Edition is controlled by two PWM controllers: a ten-phase MP2888B chip from Monolithic Power Systems and a four-phase MP2884B from the same manufacturer. The total number of phases of the first regulator is 9 in the GeForce RTX 3080 and 10 in the RTX 3090, and the peripheral part of the GPU is powered by 6 phases controlled by the MP2886B chip. In the GeForce RTX 3080 Ti, this configuration changed in a rather unexpected way: one phase was removed from the VRM serving the auxiliary logic of the GPU and a more powerful, main part was added to the VRM. GDDR6X RAM is still served by a three-phase voltage regulator with a UPI uS5650Q controller.

In terms of GPU configuration, the GeForce RTX 3080 Ti is close to the older model in the series, the RTX 3090, and it is not at all surprising that the new graphics card is designed for exactly the same power reserve as the flagship - 350W. And in fact, their power consumption diverges by only 3 watts. However, the RTX 3090 achieves its performance not only with a nearly pristine GA102 die but also with very high clock speeds for such a large GPU - almost 2 GHz under load. The RTX 3080 Ti cannot boast of such achievements (probably due to the reduced quality of semiconductor crystals compared to the RTX 3090). In demanding games, the GPU clock speed on the RTX 3080 Ti board stabilizes at 1.8 GHz - this is lower than the results of the base RTX 3080 version (1.9 GHz), but the opened computing resources should more than compensate for the lag. 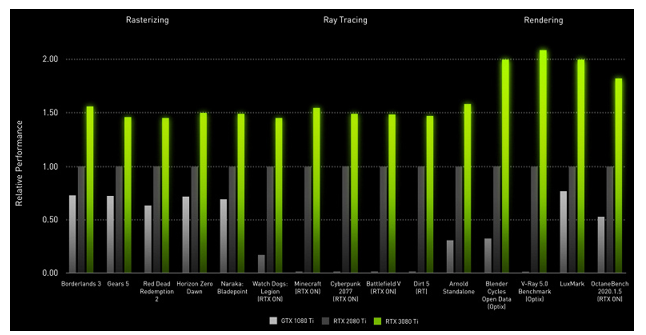 Naturally, the first consequence of upgrading the GeForce RTX 3080 to the Ti version after the performance increase was completely different cooling requirements for the video card. It is not for nothing that the proprietary implementation of the RTX 3090 is assembled in a huge three-slot case with a massive cooling system, which made it possible to make one of the quietest flagship models on 3DNews memory out of the Founders Edition. And the RTX 3080 is only slightly worse in terms of noise.

You can't say the same about the RTX 3080 Ti. The Founders Edition graphics card has to run the CO fans at high speeds to keep the GPU temperatures at the same level, and as a result, the noise level even in games (not to mention the FurMark stress test or heavy design load) is reminiscent of a GeForce GTX 1080 Ti turbine cooler. 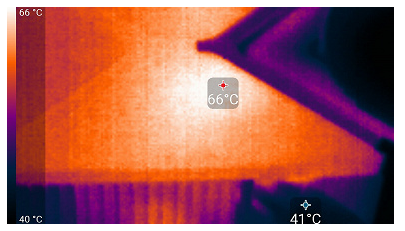 NVIDIA's new accelerator powers Blender's built-in Cycles rendering speed to the same level as the GeForce RTX 3090. And with hardware ray tracing units available through the OptiX API, export times can be further reduced. One thing to keep in mind, however, is that only a flagship graphics card can handle extremely complex projects that go beyond the RTX 3080 Ti's 12GB of local memory.

When the ProRender engine is used, the situation changes: AMD video cards based on second-generation Navi chips use hardware logic by default to navigate in BVH structures, while NVIDIA chips do not. However, with double the set of FP32 compatible CUDA cores, the GeForce RTX 3080 Ti maintains parity with the Radeon RX 6800 XT and 6900 XT. The advantage of the RTX 3090 in this case is most pronounced.

It is known that the Premiere Pro video editor is best optimized for work on NVIDIA accelerators. As a result, all the top positions of the graphs with the results of the corresponding benchmarks were occupied by video cards of the 30th series. Any of today's high-performance GPUs can achieve frame rates close to 60 FPS when playing a 4K project using a proxy, but at full resolution with complex effects, there is no alternative to products such as the RTX 3080 Ti or RTX 3090. However, again, note that, even if in Working with 4K sources, the RTX 3090 does not have a tangible advantage over the new RTX 3080 Ti, 8K already needs more local accelerator memory than 12 GB.

What about mining? What does the 3080 ti hashrate look like? Let's see: 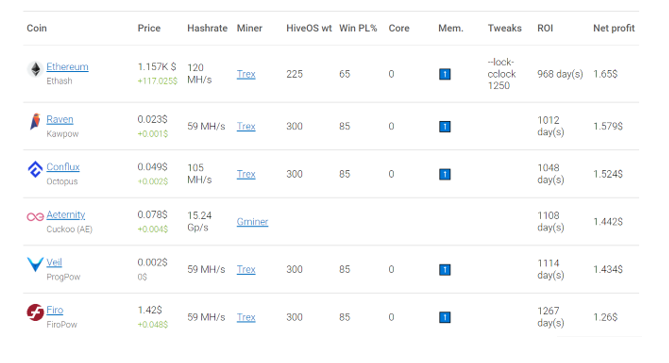 In general, Nvidia turned out to be an excellent video card - at the level of 3090, but a little cheaper, what gamers and miners need. 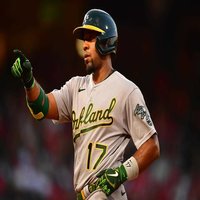 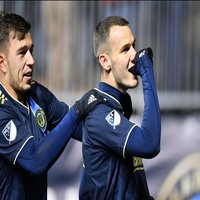 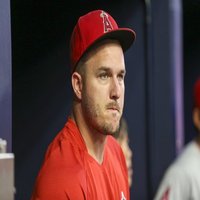 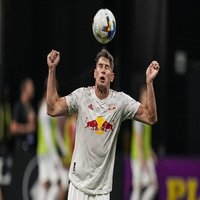