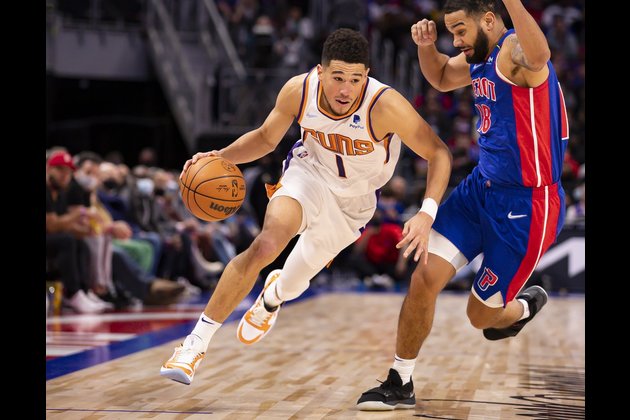 The Phoenix Suns will look for their fourth straight win to start their five-game trip when they visit the San Antonio Spurs on Monday night.

The game is the second of a road back-to-back for the Suns, who rolled to a 135-108 win in Detroit on Sunday afternoon. Phoenix won for the sixth time inits past seven games and is 3-0 on its trip. The Suns will conclude the trip at Dallas on Thursday.

Devin Booker led the Suns with 30 points against Detroit, with JaVale McGee and Cameron Payne adding 20 apiece off the bench. Landry Shamet scored 11 points, Chris Paul and Mikal Bridges hit for 10 each, and Jae Crowder collected 11 rebounds and nine points.

"We had two 39-point quarters, so we were obviously hitting shots, and that helps," Suns coach Monty Williams said after the win. "We responded with staying the course. We just held the level of intensity. I'm proud of the way we just held it down with our mentality."

Phoenix played the final three quarters without DeAndre Ayton, who left in the first with a twisted right ankle.

The Spurs will look to build on Saturday's 101-94 home win over the Los Angeles Clippers. The victory snapped San Antonio's five-game losing streak.

Derrick White scored 19 points off the bench in his first game since Jan. 5 because of the COVID-19 protocol, and Dejounte Murray added 18 points to continue his stellar recent run.

The Spurs, who were playing the second game of a home back-to-back, trailed by five with 7:24 to play but ran past Los Angeles via a 14-2 run. Murray and White scored six points apiece in the decisive run.

"I thought it was quite pretty," San Antonio coach Gregg Popovich said after the win. "It's been a tough run. They had a 12-13 day trip, come back to play three in four nights after that, and this is the back-to-back of it. I got to give (our team) credit for bringing the energy."

"You just got to go," White said. "We are running out of time. Can't really wait for it. People come back and get their wind back, getting back in shape, get into rhythm, and whatnot. We got to put some wins together, so we can get back into this thing. So we don't have time to wait. We are getting healthy now, so we just got to keep going."

San Antonio improved to 10-1 when holding opponents under 100 points. The Spurs held on despite tallying a season-low 36 points in the paint. 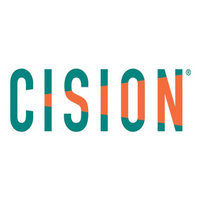 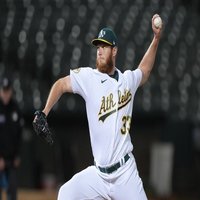 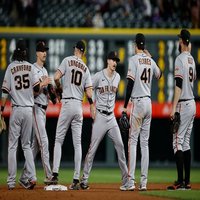 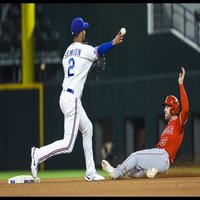